We often get asked, why Scotland?  Isn’t that a Christian Nation?  In truth, if you ask people in Scotland if they are Christian, 51% are likely to tell you yes.  While the other 49% will tell you they identify with another faith or no faith at all.  However, 7 out of 10 of these self proclaimed Christians are ‘Legacy’ Christians who don’t believe basic elements of Christian doctrine or express personal faith in Jesus.

Millions of people in Europe today have never personally met a Jesus follower.  The numbers of evangelical believers are simply too few to permeate society in the natural way – thus the desperate need for missionaries who embrace the call, understand the culture, and effectively share the gospel.

In contrast to the majority populations of the Global South, most Europeans share a worldview called secularism.  Secularism as a worldview is a commitment or orientation of the heart where God (or gods) are no longer at the center.  Instead, self has become the center. We aren’t talking about being self centered, one might argue that any culture would have people that way, however, secular people see self as they only plausible option for organising and making sense of life.

Secular people see the goal of life is to create a ‘true self’.  This is a never ending process of finding happiness and creating meaning by choosing preferences in all areas of life.  Truth is identified by the individual and is determined by context.  Therefore, there are no authoritative, universal, moral absolutes.

We believe passionately that everyone needs to hear about the TRUTH of Jesus Christ. 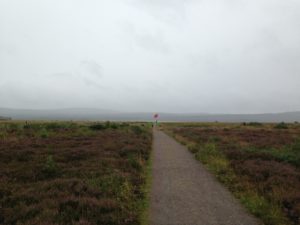